PVID PROVIDER: Netheos in the process of being certified by the ANSSI
CONTACT US
REQUEST A DEMO 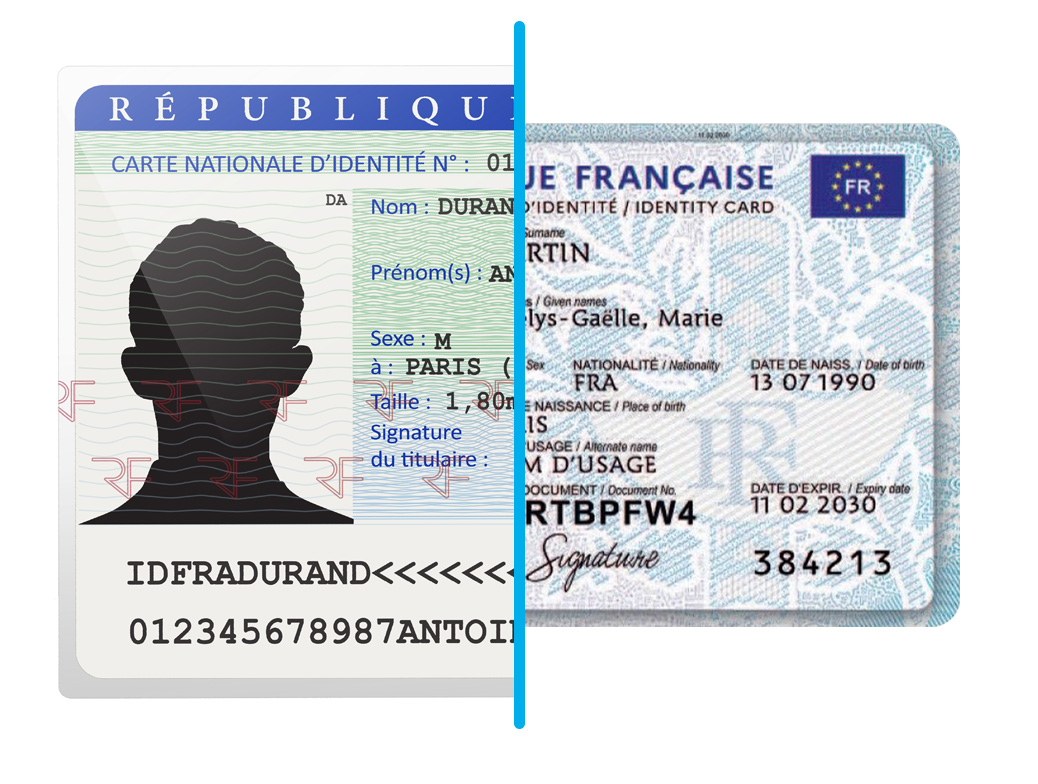 Officially presented on Tuesday, March 16, the new national identity card, which contains biometric data, was first tested in pilot departments (Oise, Seine-Maritime and Reunion), and then rolled out nationwide on June 28. Here is what has changed and how this new document is more secure.

The new ID card is smaller. It is the size of a credit card (ID-1) or driver’s license (86x54mm). It is less bulky and easier to store, and has a new look. Beyond these changes, the big news is security.

The government wants to provide the French with a reliable card to stop fraud and in particular identity theft. This card has been equipped with an electronic chip that will contain the biometric data of its owner: his or her information as well as his or her digitized identity photo and two fingerprints. 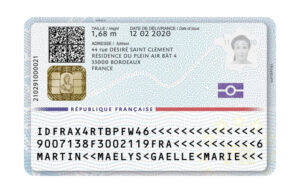 The back of this new card has been redesigned. In addition to the chip, a Visible Electronic Stamp (VES) aggregates the card’s civil status information: surname, first name, gender, identity number, as well as the electronic signature of this data. The signature is ensured by asymmetric encryption, making the information tamper-proof. It allows the actors who have the signatory’s public key to check the information: if the signature of the data is exact, then the data concerned is good. This code can be scanned by authorized organizations (city hall, bank, prefecture) to ensure the integrity of the document. 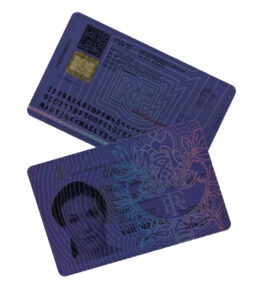 There are also numerous visual safeguards: the ID photo features a new generation holographic device that changes color and protects the holder’s photograph. The same ID photo is repeated on the reverse side through a changing image – Multiple Laser Image (MLI), to ensure that the holder’s ID photo has not been altered. UV reactive inks are also added to the polycarbonate substrate, with laser engravings that are perceptible to the touch. The secure background continues to the transparent edge, where the document number and expiration date are micro-printed.

Finally, as in its previous version, this card will contain a zone of automatic reading. Located on the back of the card, it will be on 3 lines instead of the current 2. It contains data such as the name, first name, document number, as well as security keys determined by an algorithm.

Even if we can postulate that some of these new security devices will only be for governmental use (border posts, etc.), taking into account the European directive on the reinforcement of the security of EU citizens’ identity cards is a big step forward. A new, more secure card will allow citizens and companies to protect themselves against identity theft. It is important to remember that identity theft is a real problem in society today. It is at the heart of social and banking fraud. It is also a major issue for States in their fight against money laundering and terrorist financing.

In the end, we can only be delighted with the arrival of this new national identity card that Netheos will integrate as soon as it is released with all of its documents already in the portfolio.

Author of the article

Digital Marketing Manager |  As part of the Netheos Marketing team, I take advantage of this blog to share with you all the latest news from the company.
Similar articles

This blog is published by Netheos, a specialist in remote subscription.

On the menu, files, news that will allow you to better understand the sector.